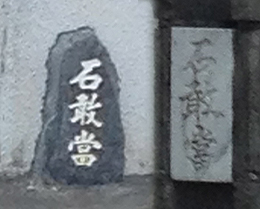 I have always been amused  watching a Chinese opera depicting a general leading his troop into battle.  The actor general would have three or four “pǎolóngtào” (跑龙套)   soldiers tailing behind him; and they would circle from front stage to back stage several rounds creating the impression that he is charging into battle field with an army.  In the same vein,   I wonder whether some  social media specialising in controversial reporting and sensationalising their stories are also doing the same by deploying fictitious accounts to inflate   the numbers of supporters.  Or, are they also guilty of selectively publishing favourable comments, discarding those who do not sing to their tune?

The techniques they deploy remind me of the subversive tactics used by some communists of the 50s and 60s.  First and foremost, like those communists they are ever on the lookout for contentious or exploitable issues, referred to as “contradictions or矛盾 in communist terminology. They would zoom in on to contradictions, explore and exploit their supposedly negative aspects to provoke adverse emotions and ill-feelings among their intended and unintended target audience and to win them over.

Like these communists, sometimes when there is a dearth of “contradictions”, they might even resort to treacherous fabrications and falsifications,  what we called fake news.   Recent example:  picking a picture of a Chinese man urinating in a train in China and maliciously posting it online to give the impression that the anti-social behaviour of a foreigner took place on our local MRT.  The purpose is not just to poke fun at the uncouth China man but to sow and spread resentments against foreigners, and the Government’s supposed foreign talent policy.

Some communists of yesterday years resorted to blatant lies, as they believed that if a lie was repeated hundred time people would soon believe they were true.  Another technique used:  if you cannot convince you confuse – such as making a loud statement/accusation as if it is a universal truth, and writing a lengthy thesis to back it up with misleading attributions or misquotes to gain sympathy and support.  The communists of yesterday years had a unique and cleverly command of their language which they exploited effectively for propaganda purpose. Some “anti-establishment” internet media employ skillful writers adept at manipulating emotionally charged words or phrases or slogans to arouse their readers.

In those days, the communist used united front tactics, study cells and unlawful assemblies to influence the mind and win supporters to their cause.    And those days, rabble rousing speeches inciting the audience could only be as effective as the size of the gathering, the confine and location would allow them. The printed media would help spread their propaganda but they could be checked and controlled by the authorities.  But, these days with the omnipresence of the internet, and proliferation of online social media, the ball game has changed drastically.   With the press of the keyboard button,   whatever messages contrived would instantaneously ripple across the Cyber space reaching multiple audience.  The share features on the social media platform also help create the impact of what we term as going “viral” over the internet.

So the protagonists are deploying the techniques of white, grey and black propaganda which they could have picked up from the communist classics to further whatever their causes.  They have the common objectives of subverting the minds of the gullible and not so gullible readers.   Some readers might be genuinely affected by the so-called controversies raised and join the frays by reflecting their sentiments.  Some would see this as opportunities to publicly flaunt their “Bravado” character, loudly interspersing their support with irrelevant, aggressive and vulgar remarks.  They are fond of capitalising on the pretext of freedom of speech to spread half-truth, falsehoods and scandalous remarks and to stir dissatisfaction, dissension and unrest.

Now, what is dismaying is that those behind these “delinquent” online media might not be acting out of genuine concern for the society, to right whatever inequalities or injustices. Instead, some might harbor the  immoral motive of trying to garner wider readership to earn extra advertising revenue.

Some are  systematically engineered by the not so honorable opposition forces to garner more support and prepare their ground for the coming General Elections.  They are under the delusions that like the communists their efforts to destabilize the ruling Government would work for them like the communists’ slogan of ” a spark of fire can ignite the entire grassland.”

Then, there are always the nagging suspicions that they might be stooges or running dogs manipulated by some unseen foreign powers with hideous agenda to invoke disharmony and unrest in our country.

One thought on “Spreading Negative Energy Over Cyber Space”