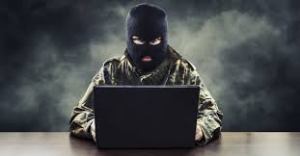 There are some social media websites that are trying to position themselves as Alternative News Media, supposedly to complement the Mainstream News Media.   However, having visited some of them,  I am terribly disappointed with the standard of news reporting,  in particular, their deplorable lack of integrity and objectivity in their operation of these online sites.

It is noted that some of the techniques they often use involve spotlighting on contentious or exploitable issues, referred to as “contradictions or矛盾.   They would zoom in on to controversial issues, explore and exploit their negative aspects to provoke adverse emotions and ill-feelings among their intended and unintended target audience and to try to win them over.

Sometimes when there is a dearth of “contradictions”, they might even resort to treacherous fabrications and falsifications.  Recent example:  picking a picture from the internet of a Chinese man urinating in a train in China and maliciously posting it online to give the impression that the anti-social behavior of a foreigner took place on our local MRT.   Their hideous agenda is to incite anti-foreigner sentiments and thereby portray the Government’s immigration (FT)  policy in a negative light.

They are convinced that if a lie is repeated hundred times over, people would soon believe they are true.   Another technique used:  if you cannot convince you they would confuse you  – making a loud statement/accusation as if it is a universal truth, and back it up with misleading attributions or misquotes to gain sympathy and support.  This is where they would parade their fake accounts to create the impression that they have a large army of supporters.

Techniques of white, grey and black propaganda which are uncannily similar to those yesterday years communist classics on subversion are used by these renegade social media sites to further their causes.    They have the common objectives of subverting the minds of the gullible and not so discerning readers.  They clamor and capitalize on the rights to freedom of speech to spread half-truth, falsehoods, and scandalous remarks and to stir dissatisfaction, dissension, and unrest.

There are some readers who might be genuinely affected by the so-called controversies raised and join in the fray to reflect their sentiments.  These are what I salute as constructive criticism as I concede that the Government is never perfect and need to be reminded of their inadequacies and negligence.  However, there are some netizens – either immature or lowly educated – who would see this as opportunities to publicly flex and flaunt their “Bravado biceps”, loudly interspersing their support with irrelevant, aggressive and even downright scandalous and obscene remarks,  like calling people derogatory terms like dogs and pigs.   Or, loudly cursing their opponents with cancer or death.

With the easy access to the internet,  they enjoy the instantaneous power to curse and swear at anyone,  without bothering about the consequences,  and albeit their deplorable command of the written language.   You can imagine you give a kid a machine gun and think of how much damage he can mindlessly inflict.        These internet “mobsters” or “terrorists” unfortunately serves only to further discredit these socio-political social media, and discourage decent people from visiting these websites.  That might be a thought-provoking reason why the so-called proliferation and popularity of these social media did not eventually translate into winning votes for the opposition.

Now, what is dismaying is that those behind these “delinquent” social media might not be acting out of genuine concern for the society, to right whatever inequalities or injustices.  They might be run by members of the opposition parties who lost in the elections and have an axe to grind against the winning political party, and the Government.  Some might harbor immoral motive of trying to garner wider readership to earn extra advertising revenue.   Then, there is always the nagging suspicion that among them they might be stooges or running dogs manipulated by some unseen foreign powers with hideous agenda to invoke disharmony and unrest in our country.

I dread the days when the dissenting voices turn radical and resort to violence to disrupt the orderliness and harmony of our society.  It happened during the era where Communist China was still orthodox Marxist Leninist and supported localized left thinking Chinese in starting revolutions. The so-called self-styled or pseudo-leftist radicals supported the slogan:  ” Revolution evolves from the barrel of the gun.” “If the people are inertia, jolt them out of their complacency by terrorist means so that they lose confidence in the Government in maintaining law and order.”