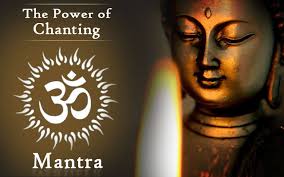 Mantra chanting is often viewed as a closed and privileged religious practice attained by  ordained high monks and  priests.  A friend whom I had taught mantra chanting commented that it was no big deal as everybody could learn the mantra and chant them.   Over the years,  I have practiced as a layperson the technique of chanting of the mantra,  and based on my experience I  elaborated to him some useful pointers and hope he has understood and reaped the benefits.

In my opinion,  chanting  should be done smoothly with fewer changing of the breath as much as possible.   You do not just mindlessly vocalize the words in the mantra and think that they are sure to work.  When you recite the mantra using your chakras,  the chanting should sound as if  it is like a straight line, smoothly articulated with no abrupt breaks in between.   The last and most important ingredient is the mind –  through your thoughts, you programme your mantras to do your bidding.  I follow a rule of thumb to repeat chanting of mantra in sets of three, seven or nine,  complying with the Yang odd numbers in Chinese I Ching (also known as Classic of Changes or Book of Changes ).   There must be the ability to connect to the mantras, and access the divine energy of those Buddha, the Bodhisattvas or whatever the divine beings they represent.

I recommend that we practice chanting mantra vocally.  When you are well versed with the chanting, until it becomes second nature to you,  you can do it silently, especially in some public places where it is not convenient to chant aloud.

Sometimes we apply mudras or hand gestures to strengthen the mantra we chant,  and the simplest form is to clasp two palms in the prayer mode.  I normally use a mudra with my thumb and index or middle finger of my left receiving left hand forming a loop.  The use of mudras seems to strengthen the effectiveness of the mantra chanted.   In a similar fashion,  I also use stones and crystals in my left receiving hand to help turbo-charge the mantras I deploy. 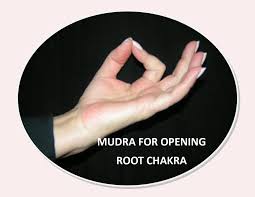 To perform mantra chanting at a higher level,  you would have to understand your chakra system and already learn where they are located in your body and how to access them. 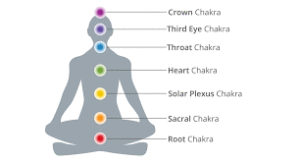 When you chant a mantra, you should consciously define the radius, visualizing an energy field, through which you want your mantra to disseminate, for example, the confines of your house.  Then when you vocalize your mantra you consciously sense the sound wave it invokes rippling outward to fill up the space you have originally delineated.  If you are competent in sensing energy dimension, you would know the difference in the uplift in the vibration  of the environment after the mantra is deployed.  This is effective at removing negative energy from premises and locations.

Whether you are an ordained monk or a layperson,  constant and conscientious practice makes perfect, and it is good to chant as often as possible until it becomes second nature to us.

In fact, mantra chanting can be deemed as a form of meditation,  where your mind focuses and concentrates on the practice.  Please refer to my post: A Simple Meditation Using the Om Ah Hum Mantra – https://psychictavern.com/2017/08/12/812/

I use mantra to protect myself against negative energy,  to cleanse and consecrate premises and locations and objects like stones and crystals.

I used to learn from a Guru Master Bernard Lim who has strong Hindu background and was personally coached by the late Sai Baba and the much revered Swami Avatar – Amma of the Naranyani .  He taught me some very useful mantras relating to Lord Ganesha,  the Goddesses  Laximi,  Mother Kali, Durga, and Saraswati.  As personally attested and witnessed by me,  during his Puja sessions I participated,  he used mantras to connect and invoke the powers of the Gods, Goddesses, and Deities.

Over the period of time,  I have picked up and learned not only mantras from Buddhism and Hinduism but also the Taoist discipline.  Irrespective of the different religions, or schools,  there are all the same,  in that the most important ingredient in effective chanting of a mantra is the ability to connect mentally to them and hold on to the visualization process long enough for them to work effectively.

Just to side-track,  in the Taoist school of spiritual attainments,  they are three levels:  –

(1)  Elementary Level –  Involves mediumship where the practitioner succumbs to spiritual entities that take over his  body and lend him the powers of divination and other magical prowess.

(2)  Intermediary Level –  At this level,  the Taoist Masters rely very much on rituals,  mantras,  and talismans to invoke magical powers and call upon the spiritual entities to do their bidding,

(3) Advanced Level –  The Taoist Grand Master through years of spiritual practice has somewhat attained oneness with the Universe,  and able to connect and invoke spiritual powers spontaneously without relying on those peripherals,  and rituals,  used by the practitioners at Level Two.

Take for example the invocation of the earth energy,  a Grand Master just has to visually connect to the Mother Gaia or Tudi Gong ,  and call upon its strong energy.  Whereas  his lower level counterparts would have to clad themselves with the Taoist ceremonial robes, set up a praying table,  burn joss sticks,  candles, and paper talismans, or make other offerings to pray for the earth deities to help them.